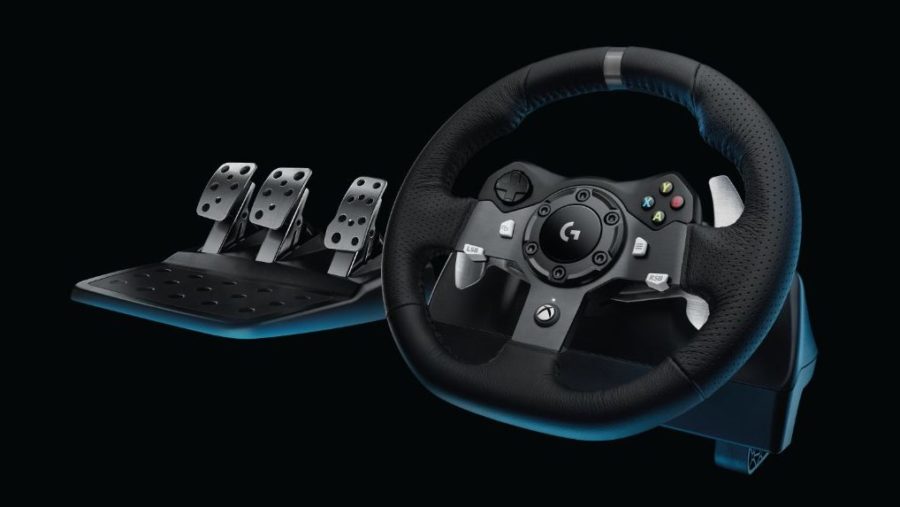 The Logitech G920/G29 is one of the most glorified wheels of all time. It has been featured on various print and video publications and has been recommended by many youtubers and enthusiasts. Both the Logitech G920 and the G29 are the top best selling racing wheels on Amazon. For those of you who don’t know, they are basically the same product, only difference is G29 is for PS3/PS4 whereas G920 is for Xbox One and both work with PC.

The Logitech racing wheels gained popularity because they were good, no doubt. Moreover, they were a whole lot cheaper than the competition when they were released in 2015 which was a major reason for their growth in popularity. That combined with Logitech’s reputation for reliability made the Logitech G920 and G29 racing wheels the best sellers of all time.

While the Logitech wheels were the go-to racing wheels for a long time, now things have changed. Logitech’s force feedback technology is 10 years old at this point and falls short of the competition. There are many other options available that beat the Logitech wheel by a huge margin and some of them are even cheaper.

The force feedback in the G29/G920 is powered by a gear driven motor. While gear driven wheels were considered great 10 years ago, we now have significantly finer force feedback technologies. The Logitech steering wheel is built with inferior mechanical technology that makes the force feedback feel notchy and clunky at times. Gear driven design also leads to dead zones while turning the wheel. To put it in simple words, force feedback on the Logitech wheel feels underwhelming once you’ve driven a belt drive like the T300RS.

Explained: What is Force Feedback in Racing Wheels? Do you need it?

The Logitech G29 or G920 Racing wheel is fundamentally running on the same hardware as the G27. It’s a refresh of the G27 which was a refresh of the G25 from more than a decade ago. The only thing that has fundamentally changed is the shifter along with a facelift of the steering wheel. The force feedback system hardware is still the same and the overall feel of the wheel and pedals hasn’t changed by a significant amount.

3. The pedals are only good enough and can’t be upgraded

Logitech just makes one set of pedals that it bundles with both the G29 and the G920. They are good enough for beginners but at some point you’re going to want to upgrade if you go down this road of sim racing. While Thrustmaster and Fanatec provide many pedal options to choose from and you can upgrade as you go, with a G29 or G920 you’re at the mercy of Logitech completely. It’s been 5 years since the launch of G29 and G920 and it’s pretty clear Logitech has no plans of making any upgrade options. So Logitech users on consoles are probably going to be stuck with the same pedals forever.

To be honest, the Logitech G shifter feels like a toy. If you’re just getting into sim racing, it does the job but it feels extremely light and has no resistance which results in a really bad experience. It’s modest price tag confirms my suspicions that Logitech simply refreshed the outside of a toy grade joystick and sold it as a shifter. While PC users can use any USB shifter they wish to, console users are stuck with using whatever their wheel manufacturer provides compatibility for.

For PC users: You can get the Fanatec ClubSport shifer or the Thrustmaster TH8A shifter and use it with any racing wheel.

Logitech does not make a handbrake add-on for their racing wheel. Lack of a handbrake is a huge bummer if you’re into drifting or rallying. Both Thrustmaster and Fanatec provide handbrake add-ons that you can buy for your racing wheel setup. While PC users can use any USB handbrake they wish to, console users are stuck with using whatever their wheel manufacturer provides compatibility for. So Logitech wheel users on consoles get no handbrake add-on.

Check out our handbrake guide to find the right handbrake and make it work with any racing wheel on PC, PS4 or Xbox.

Almost all racing wheel brands, including the renowned ones (Thrustmaster, Fanatec) and the less known ones, provide interchangeable wheel rims that you can attach to the wheelbase. These include GT rims, F1 rims and in some cases you can create your own custom rims. With a logitech wheel though, there is no such option.

7. The lack of an ecosystem

Basically, all other brands like Thrustmaster and Fanatec have built a great ecosystem around their racing wheels with a lot of accessories like pedals, shifters, handbrakes, wheelbases, interchangeable wheel-rims, etc. If you invest in a Thrustmaster or Fanatec wheel, you get so many upgrade options. Whereas, with Logitech you’re buying into an ecosystem that has only one wheel, one set of pedals and one shifter without any add-ons or upgrade options.

8. It might not work with the next gen consoles

For those of you planning to upgrade to the PS5 or the Xbox Series X in the future, compatibility of Logitech wheels with your new console might be limited, and in some cases your racing wheel might just become completely unusable. Both Thrustmaster and Fanatec have announced that their current gen racing wheels will be compatible with the Xbox Series X. And on the PS5 side of things, Fanatec stated that they are waiting for word from Sony. We tried reaching out to Logitech for a statement but they simply declined our request. So the odds for compatibility of Logitech wheels with next gen consoles are looking thin at the moment.

The Thrustmaster T150 Pro (PS4) or the TMX Pro (Xbox One) is a much better buy than the Logitech G29 or G920 because of many reasons:

10. Thrustmaster T300/TX is a significantly better wheel for nearly the same price

I believe the Logitech G29 or G920 aren’t worth your money in 2021. They used to be great racing wheels a few years ago but they have started to show their age. As it is evident by now, they run on outdated hardware, provide a subpar racing experience and make more noise than they should. If you’re in the market for a force feedback wheel for sim racing, investing in the Thrustmaster or Fanatec ecosystem is a much wiser choice to make in 2021.