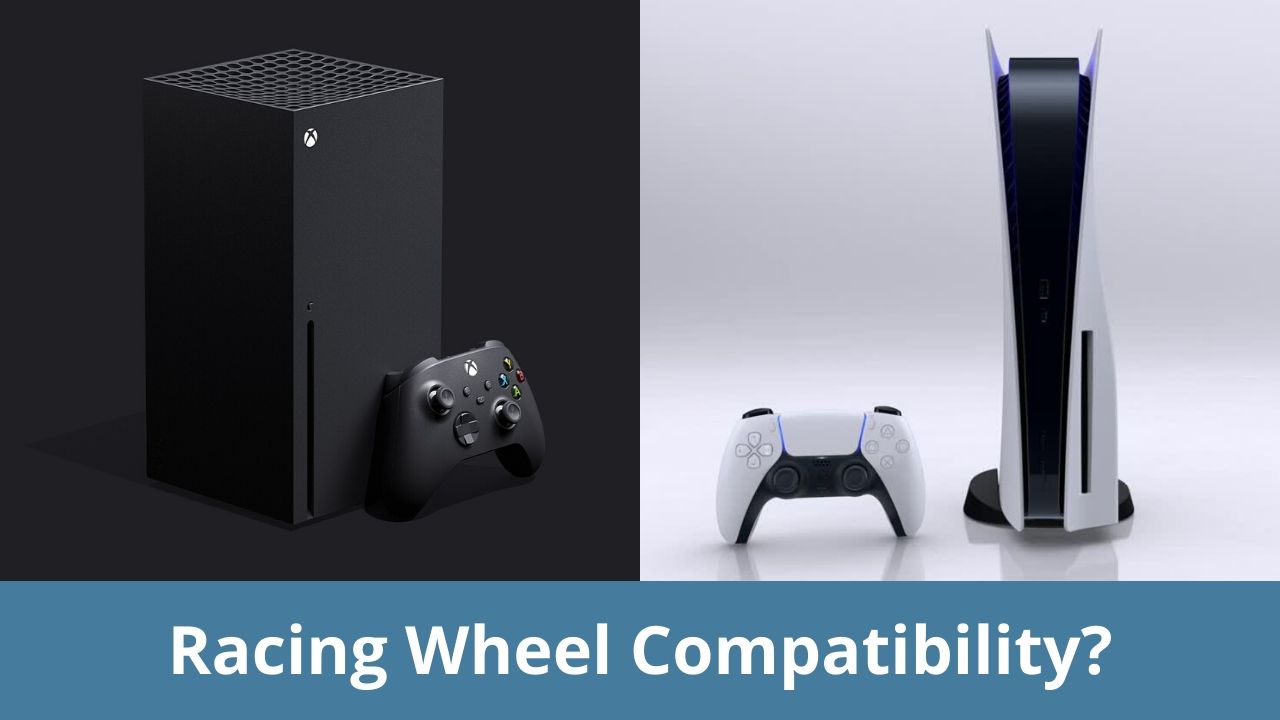 The next generation of consoles is just around the corner. Although Sony and Microsoft have unveiled most of the details about the upcoming PS5 and Xbox Series X, there’s still a lot of buzz around compatibility. Everyone buying new games, controllers or racing wheels now is worried about exactly one thing, if it will work when they upgrade to the PS5 or Xbox Series X. I did some research and tweeted to almost every brand I could and found this answer.

Microsoft has always turned out to be the better guy whenever this conversation comes up. It has been all about backwards compatibility since the beginning. A lot of Xbox 360 games and accessories work with the Xbox One out of the box.

“Our commitment to compatibility means existing Xbox One games look and play better than ever before with no developer work required. Your Xbox One gaming accessories also come forward with you.”

Logitech announced via twitter that that the G920 racing wheel will be compatible with the Xbox Series X. This official statement from Logitech came after Microsoft already mentioned that all Xbox One wheels should work on the Xbox Series X.

Will Fanatec Racing Wheels be compatible with Xbox Series X?

All current Fanatec racing wheels for Xbox One will be compatible with the new Xbox Series X. This includes the ability to make any Fanatec wheel base work on Xbox Series X by using the ClubSport Universal Hub for Xbox or any Xbox compatible wheel rim.

Will Thrustmaster Racing Wheels be compatible with Xbox Series X?

Thrustmaster has officially confirmed via twitter that all their Xbox One racing wheels and accessories will be fully compatible with the Xbox Series X.

In their latest blog post on the PlayStation blog, Sony confirmed that the accessories and peripherals licensed for the PS4, including racing wheels, will be compatible with the PS5 when it launches later this year.

See the note below, they mentioned not all PS4 peripherals/accessories will work with the PS5. I believe they’ve left it up to manufacturers to make the decision. Most brands like Fanatec and Thrustmaster are going to ride along with this. But given Logitech’s anti consumer practices, we’re not so sure of them.

Will Logitech G29 Racing Wheel be compatible with PS5?

Logitech has officially announced that their G29 racing wheel will be compatible with the PS5. They also, however, mentioned that the G29 wheel is still pending final product approval from Sony.

Are the Logitech G29 and G920 worth it for the latest consoles?

If you already own the Logitech G29 or the G920, chances are you already know its capabilities and whether or not you need to upgrade or choose a different racing wheel for the latest consoles. Otherwise, the racing wheel is not bad for the price as it provides a great driving experience due to all of its neat features.

The entire circumference of the steering wheel is covered with hand-stitched leather with a stripe on top for driver orientation. The wheel is capable of up to 900-degrees full lock-to-lock rotation similar to actual race cars to bring immersion to the next level. The wheel also sports a motorsport construction and is made from stainless steel for a premium race car feel. The controls are wheel-mounted and all within reach of your fingertips. The D-Pad, paddle shifters, and other buttons are all incorporated into the racing wheel itself. There are also additional LED indicator lights above the center of the wheel to tell you important information as you race.

It utilizes a dual-motor Force Feedback effect so that you can actually feel your tires on every turn and type of terrain on all your favorite racing games. The Force Feedback effects also let you feel every weight shift and tire slip, as well as sense under and oversteer drifting with utmost precision. The helical gearing also comes with anti-backlash giving it a quiet operation during use unlike other similar steering wheels on the market. The realistic effects give you the capability to respond immediately and accurately which is why this racing wheel is one of the highest-rated products on Amazon right now.

The G29/G920 is also relatively cheap compared to its competition which is why it’s a highly recommended product for beginners and casual sim racers looking for a dedicated racing wheel for their sim racing games. Getting the G29/G920 also comes with a nonlinear pressure-sensitive brake pedal set so you can start racing right away. The pedal base features sturdy rubber feet for hard surfaces and a retractable carpet grip to help the pedal stay in place where you put them during long racing sessions.

Logitech also offers an additional shifter as well as desk and rig mounts if you’re still setting up your racing cockpit to put your racing experience over the top.

Will Fanatec Racing Wheels be compatible with PS5?

Fanatec has officially confirmed full compatibility of all PS4 racing wheels with the PS5. They made the announcement with a large banner on the Fanatec homepage. Their product descriptions also mention that all PS4 licensed hardware will work with the PS5.

Will Thrustmaster Racing Wheels be compatible with PS5?

Although, it appears that the tweet has been deleted by Thrustmaster, for some reason.

What are the best racing games on PS5 and Xbox Series X|S?

Now that you own the latest consoles, it’s time to look for high-adrenaline racing games to put your pedal to the metal. Some of the games listed below are coming to the next generation of consoles and their ability to deliver 4K graphics and incredibly high frames rates are something we are all excited about. It’s the best time to be a sim racing fan as the PS5 and Xbox Series X|S is shaping up to be huge on racing games to look forward to.

Gran Turismo 7 on the PS5 is one of the most hotly anticipated games of the year and to say that we’re hyped is really an understatement to this Sony exclusive. We’re pumped to see what it will look like at launch and while the previous GT (Gran Turismo Sport) focused on competitive racing, we’re glad to see Sony going back to its roots. Xbox fans meanwhile now have the Forza Horizon 5 to huge critical acclaim on the Xbox One as well as Xbox Series X|S, and PC. This should keep Xbox racers engaged for a long time before the release of Forza Motorsport 8 as it was just recently announced last July 2020.

There are also a lot of cross-platform games sim racing fans should check out for the PS5 and Xbox Series X|S. Dirt 5 is out now and offers 1440p and 60 FPS on the new hardware which is a must-have if you like Rally and games with a considerable amount of drifting involved. WRC 9 meanwhile already looks pretty good on the latest consoles but the team behind the game recently announced it will have a PS5 and Xbox Series X|S version with increased frame rate, resolution, and better graphics which is something to get excited about.

With all these in mind, you can still download or insert your old game disc of other racing games from the PS4 and Xbox One onto the latest consoles to enjoy faster loading times and optimized gameplay.